Is there a difference? Yes and no. Managing requires skill, expertise and thoughtful planning and execution.

When IT projects are managed, there are lots of flexibility and leeway given to the scope, robustness of testing, and disciplined execution. What if the IT project was to create a system that dealt with life and death situations? how different would that perspective be?

With life and death situations, more careful thought, planning, execution, ensuring all requirements are duly met, robustness and fail overs are included. In many non-critical IT systems, this is not the case. So what if there is a bug here, a failure there? Simply restart the system or simply log the error and rectify it later.

Would you walk into a skyscraper that had been built without a firm foundation, where the developer skimped on materials, had shoddy workmanship, and building approvals were lacking? I think not because your life is at stake the minute you walk into that building and the building could collapse.

If we treat each and every IT project with such a mindset, both the users and vendors will be more careful with scope, requirements, development, testing and eventually, have a system that will meet the end-user's needs.

I'd like to wish all my readers a very Merry Christmas and a Happy new Year 2010. Happy Holidays everyone. 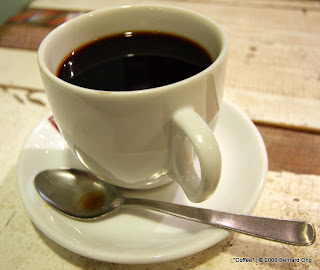 Do you believe in luck?

Is there really such thing as luck? Is luck given out to certain people and not others? Can we make our own luck?

I do believe there is luck. It is also another name for opportunity. Opportunities abound everywhere and anytime.

What we do with this opportunity determines our "luck". I believe we make our luck. We make our opportunities. Luck and opportunities do not mean 100% guaranteed success. It is simply a chance given to you to take action and make something out of the situation or need. Whether it succeeds or not depends on the actions you take or not take.

Every single action we take every single minute makes our "luck". We make our "luck" and we make it come true. The one factor that contributes to our success is a passionate and prudent use of time.

Use your time well. Every step you take should move you closer to your goals.


Make you own luck!

What to manage in IT project management?

All these sound logical and usually requires common sense. However, for those who have been involved in IT projects know that "what will go wrong, will". Despite the difficulties, there are always ways to workaround and get the project delivered to expectations and within time and budget.

In each of these facets of IT project management, there are nuances and issues to be addressed. Some are complex issues that go beyond the technical realm. It requires human interaction, negotiation and effectiveness.

An IT project is like an army mission. Many supporting roles are required such as logistics, long range weapons, foot-soldiers, planning on deployment and timing of troop movement, attack and defence plan. All these have to work in tandem. The commander cannot focus on only one aspect and 'hope' that the other aspects of the mission will go well. The commander needs to know each and every aspect well in order to mobilize troops and make necessary adjustments for a successful mission.

Likewise for IT projects. Most project managers I know focus only on areas they are comfortable with, either on the plan and schedule, or technical, or contract. This is where project go awry.

A competent project manager needs to know every aspect of the project well. He may not be fully competent in a certain area, in which case, he needs to engage the helps of his team leads to provide him with accurate information...and go down to the ground to verify. Nothing beats real information from the ground.

When a project manager doesn't manage a project from a holistic perspective, he cannot manage effectively. WHen the project begins to fail, he will not be able to confidently steer the project to a successful completion. THis is one typical cause of project downfall.

Whether in projects or personal life, situations and projects must be looked at in a holistic manner. Neglecting an area can lead to a stagnation or detriment to the project or personal life.